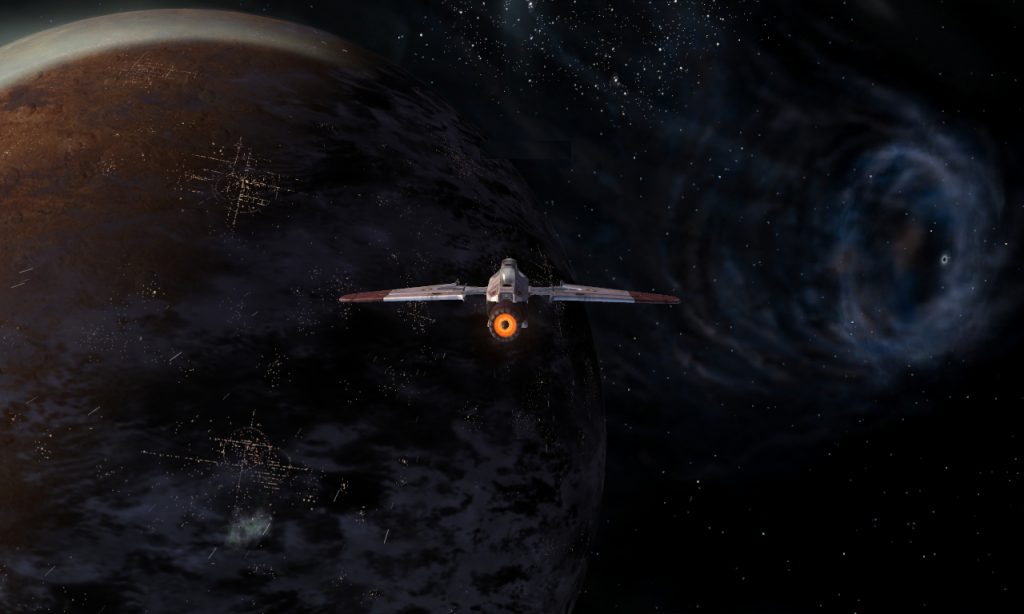 While a jump to lightspeed may still be on the far horizon, today we are very happy to introduce spaceflight for the very first time on SR2!

All newly created characters will now be automatically granted an ARC-170 ship in their datapad. To use this ship, players need only open their datapad and activate the radial menu from the surface of any current planet. This will launch the player into space, and allow them to “land” in the same manner (via the ships radial menu in the datapad.) “Landing” will take players directly to Tansarii station.

For all players interested in obtaining this new ship on a character created prior to week 47, please keep an eye on the galaxy chat and the SR2 general Discord chat. These will need to be generated by an Admin.

Use of this ship is done by opening up your datapad and redial on ship and click launch.

This can be done from anywhere on planets that have a space zone enabled. It will instantly launch you into space, were you can fly around. There are no enemies in space, so all that is possible at this point is to fly around.

Once you had enough of space flight, open up your datapad and click “land ship”

It will then take you to Tansarii Point Station, where you can travel for free to several core planets, making this a very fast instant travel.

We hope you enjoy this new instant travel method! A cool-down will be applied to this ship in the future, but players are encouraged to enjoy the feature without limits for the time being.

In addition to the above, the following important changes have also taken place with this week’s patch: