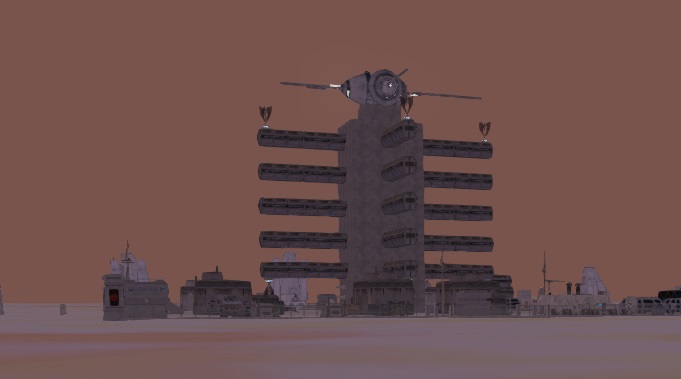 It’s been some time since the last news update here, my apologies.  The reason for that is all of the work and activity on the server, in our Discord channel, and of course the unstable nature of life during a pandemic!  Despite the lack of news updates, we are still going strong – expanding this game and living out our Galaxies dreams on Sunrunner II, every day.

It makes me immensely happy to see the changes we have made, but more importantly, our new geography embraced by so many.  This server was founded to provide a larger galaxy to play this old game in.  We feel strongly that SWG, as it was, was something very special and very advanced.  It can’t fit into many modern gaming paradigms, and it requires a little patience, suspension of disbelief – but we intend to keep forging into new territory, allowing this old game the diversity, depth, and breadth to really show why we’re all still here.  Consider our work a tribute to the game itself.

Obviously, though, we have to make some compromises for this old game to work in this new age.  This fall, we instituted the ‘Galactic World Boss Hunt’ event – to allow players to group together, scour the galaxy, and earn accelerated XP as a reward for vanquishing (ridiculously) difficult foes.  We continue to keep our eyes on experiences and suggestions, we like to take multiple perspectives into account before we make changes and decisions.  The game also has a voice in those decisions – in what we can infer from the original design, our experiences during the initial and subsequent ‘runs,’ and in what we do to highlight the strengths and unique components of it.

On the horizon still, and being worked on every week are Mandalore, and our Jedi system.  If you follow our Discord channels, we post updates in our #previews section as we complete areas of Mandalore.  We have a full set of new creatures, several dungeons, new bosses, new factions, and much more completed!  Xerthan has been working steadily to do for Mandalore what he has done for Ord Mantell, Kuat, Taanab, Nal Hutta, Hoth – add the detail that we expect from planets in SWG.  I always say that I do the broad brush strokes, and Xerthan does the fine ones.  This design has been a challenge – not only after creating so many planets (running out of new tricks!), but in creating the planet based upon old lore and sparse media appearances.  We’re creating a planet that is a template for you to have many Mandalorian adventures, but is certainly at a set point in history – Sunrunner II is currently set at the outset of Empire Strikes Back.

Jedi…   well.  It is being worked on actively, now.

Space…   ahhh, the final frontier!  Obviously, since the last news update – our spaceflight has been deactivated.  This was due to a major engine/code update this summer, which shifted some fundamentals, and invalidated much of my early spaceflight work!  I’m not worried, though, as I’m keeping a very close eye on SWGEMU’s current JTL development, and am very encouraged by their advances.  I am, of course, continuing to experiment and pursuing our own space code advances, and preparing for our *massive* round of fixes and space expansions here.

This is all still a work in progress, a project that is approaching seven years old.  I commit to continuing to maintain and expand this project for many more to come – and I do so happily, because every single day I’m reminded of why I started.  The players who have made a home on this server are precisely the ones we designed this for – creative, pioneering, industrious, and so welcoming and generous.  You are all a testament to the quality of the game, and we shall strive to keep Sunrunner II worth your investment!