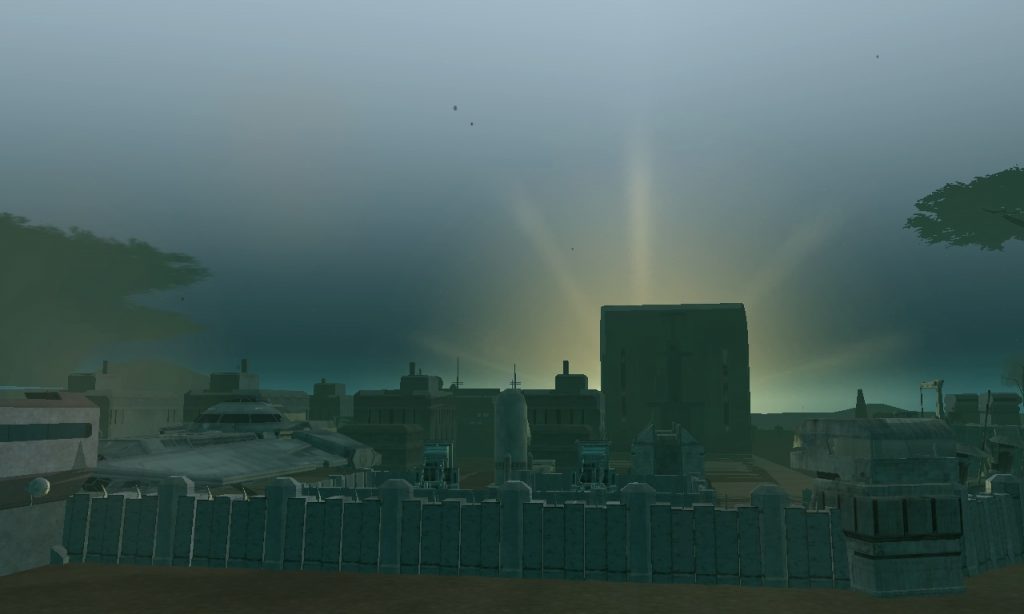 This week’s update is designed to fix some long-standing issues and inconveniences.  All of the space stations have been relocated into new zones, in an attempt to stop random client crashes when people open the travel terminals on board.  If you were on a space station at the time of today’s restart, simply look for an NPC by the shuttle that says ‘SWITCH TO NEW INSTANCE’ and let it take you to the right place.

Additionally, the Imperial Fortress on Kashyyyk has been completed, under the command of Grand Moff Lozen Tolruck!  The starport there provides easier access to the ‘western continent’ of Kashyyyk (perhaps also resolving issues players have had zoning into Kachirho starport).  Not to be outshined by Tolruck, General Otto has also recently completed construction of a starport at the Imperial Outpost on Lok.

Also…  be on the lookout – the Harbingers of Love have descended upon the galaxy, representatives of the Ewok Festival of Love.  They must be destroyed.  It’s too much love.  These non-aggro winged menaces drop a selection of themed decorative loot…  let it serve as a reminder of the silly, silly periods in this game’s existence.